“When you first moved to Mexico, did you suffer from culture shock?”  This was the question that, Mike from Colorado, asked me last week during his visit to Cozumel. My immediate response was, “No. I grew up in Southern California where there is a strong Mexican influence.” Of course I was thinking of the authentic Mexican restaurants, the darling Mexican kids who I had taught in school, and my many childhood friends.

Culture shock? Whatever…… I am a person who loves discovering new places, craves adventure and is intrigued with new people. The mere idea was an insult. But, his question continued to hang in the air and haunt me throughout the day. Later that evening, I asked Eric, “What is culture shock?”

When we first moved to Cozumel nearly one year ago, I was a different person. I had reverted back to that shy little girl of 6 who would hide behind my mom when I was scared, only this time, there was no one to hide behind. I was afraid to drive. I was frightened to speak Spanish. I didn’t want to walk the dog (The one time I did, the dog and I became encircled by 5 growling, stray street dogs, until finally

I kicked into the air and they ran off)  I didn’t necessarily fit in with the expat community. I was baffled by the smells, the trash,the noise, and how one house can be big, clean and beautiful while the one beside it is made from sticks, tarpaper, and sheets that act as windowpanes.

At the time, I believed these fears stemmed from the fact that I was 41 years old and had never moved out of my hometown of San Clemente, save for the two years when I lived in the dorms at UC Riverside. But looking back now, if I swallow my pride, I guess I can say, “Yes. I suffered from culture shock.”

If you saw me today, you wouldn’t believe that I had ever been afraid of anything in Mexico. I have taken to Mexican driving like a duck takes to water. I pass cars on the two lane highway. I swerve around vans, scooters and people when they are in my way, and I turn on my hazards when I go the wrong way down a one-way street. (After all the street signs are more of a suggestion than a rule, right?) I speak Spanish to anyone who will listen, even when they speak English to me. I not only walk the dog, but I run him while 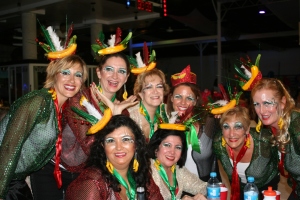 riding my bike. I have found friends – expats and locals alike-  and the smells, trash, noise and variety of houses have faded into the background and I see now, that is what makes Cozumel what it is, a place where everyone – rich, poor, young, old, studied, laborer – has a home.

So what happened? How come the 180? What took me from being frightened to embracing life?  Two weeks in to living on Cozumel, it dawned on me that God couldn’t use me if I continued to play it safe. It is easy to live in Cozumel and still live as an American. I can go to beach clubs that cater to American tourists. I can go to American chain restaurants like Jimmy Buffet’s Margaritaville or Pizza Hut. If I stay along the oceanfront, I can speak English to almost anyone. I can make friends with other Americans. I can stay inside in my air-conditioned house just 4 blocks from the sea and watch Netflixs.  But this is not why I came to Cozumel. I came to serve God, to be a missionary, and to share with people – Mexican, American, Canadian, rich, old, young, poor, hopeful, hopeless- the joy and love God has for us all. If I didn’t allow people to get to know me,  how could I be a light to this world? So, I stepped out in faith. I trusted in God’s word, which promises me that He has a plan for me,

“For I know the plans I have for you,” declares the Lord, “plans to prosper you and not to harm you, plans to give you hope and a future.” Jeremiah 29:11

So with this knowledge, I swallowed my fears and stepped out into the real Cozumel. The one that is made up of Spanish speakers, crazy drivers, and genuinely caring and wonderful people.

Nearly a year has passed since that courageous day.  God has done some amazing things. He has made

me into a stronger person. He has opened doors for me and my family to work with the children in the orphanage, to have fellowship with people in the gym, to be part of a women’s dance group during 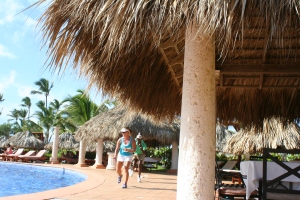 Carnival, to teach Zumba in Dominican Republic, and now to plant a church in Cozumel. God is good and His mercies are unfailing.

Thank you for your continued prayers and support. If you would like to make a financial donation towards 7 Day Hero Mexico’s mission please click on the link below. paypal.me/7dayheromexico 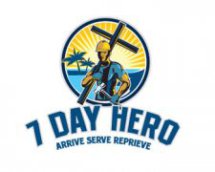